When I launched Monica last year, I didn't realize that only offering two genders (man and woman) to identify contacts wasn't enough. We received a lot of feedback about this very specific point. The reality is that gender is not a binary option. Monica needs to represent reality, and it is more complex than what I originally thought.

This is why we are introducing the notion of custom genders. By default, each account still comes with three genders (male, female and other), but now you can customize this list, add or remove genders at will. You will be the one deciding which gender people should have. While we should be careful not to add too many options in Monica, this is a case where we need to put you, the user, in control of what your reality is. 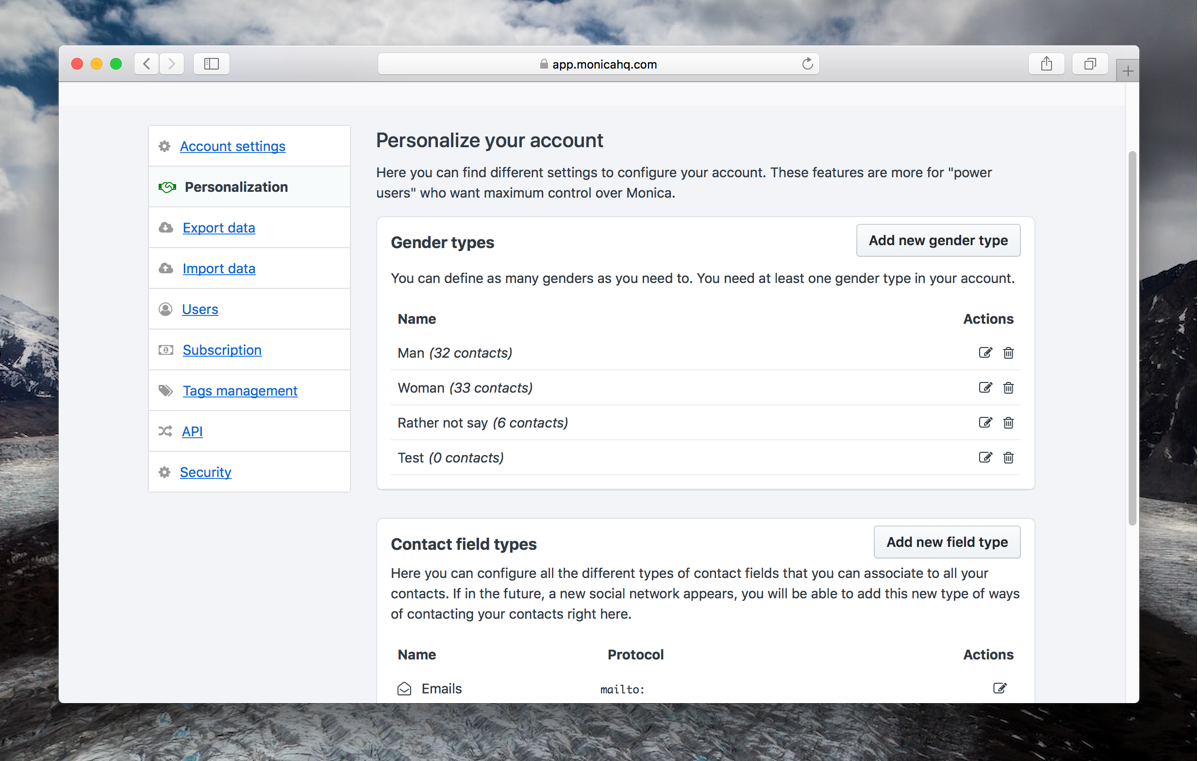